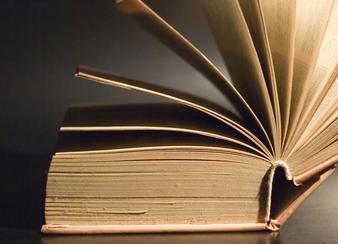 Sunny scooted closer to the fire’s dwindling warmth. She huddled in the dark winter night with Aubrey, waiting for Ben and a man who went by his last name, Carmine, to come back from their search for something to burn. A few feet away, sturdy boxes once used for shipping refrigerators lay horizontally on a ratty blue plastic tarp. Another newer tarp stretched over the boxes to create a unit of four separate compartments. A peek inside each ‘door’ revealed blankets and sleeping bags ominous with stink and unseen organisms burrowing within the greasy fibers of thin cloth.

The men returned and added scraps of paper and several slats of splintered wood to the fire. Flames came to life, illuminating the worn souls. In spite of a deep sadness that reached the glow of her glassy blue eyes, Sunny was unconsciously smiling. She knew she was among trusted friends: people who loved her unconditionally.

They wore every piece of clothing on hand. It was already colder than predicted according to Sunny, who had seen the weather headlines that morning scrolling across a monolithic digital newswire in Times Square. Sharing the report that the night's low would be 40 degrees, Sunny speculated, “It's going to be colder than that."

It was a close–knit group and far more trusting of each other than most people living on the streets. Sunny loved her friends. They were comforting and easily the most compassionate people she knew – nicer in her experience than those living anesthetized by creature comforts of regular meals of favorite food and clean sheets on soft, warm beds.

She was loved in return for many reasons but it was her wild imagination that entertained her friends with fantastic tales of adventure, romance and betrayal. They guessed her age to be about thirty-five but she carried a weight no young woman should bare.

Sunny broke a lingering silence. She was swaddled in black wool from head to foot. Her short, unkempt hair stuck out from under a knitted cap. Sunny pulled the old cashmere scarf down from over her nose and tucked it under her chin.

“I remember 100 degree days in Palm Springs wearing a blue dress with a skirt that twirled out when my father swung me around. My sister had one like it in pink.”

Ben, Carmine and Aubrey waited for more, expecting Sunny to weave a new story as if she’d lived it. The simple thought of a hot day in Palm Springs and a laughing little girl in a summer dress being swung around by her father warmed their bones as the temperature in New York City continued to drop.

But instead, Sunny said, “I'm going to bed. It might be cold tonight, but tomorrow's going to be a brighter day. Good night.”

Her beautiful smile earned smiles back as they watched their friend awkwardly push up off the ground, find her way to one of the boxes and wiggle into a musty sleeping bag. Sunny rested her head on a small lump of foam rubber. Hearing wishes for sweet dreams, she closed her eyes hoping to see in those dreams the man she’d met on another cold night in New York City a very long time ago.